Your next career step: Becoming an HRD

The role of HR director (“HRD”) is at the top of the HR tree in an organisation. It’s a multifaceted role that encompasses all the functional activities of the department and typically involves taking a seat at the table with top leadership.

We’ve put together a guide on how to become an HRD, including insider insights from Teri Ellison, Chief HR Officer at SHL for those looking to take this next step in their career.

“It’s easy to sit one level below your boss, in an HR Business Partner (“HRBP”) or Head of HR role, and think you know what they do,” Teri said. “But in my experience, most people don’t. From the outside looking in, the role is one thing. From the inside, it’s quite different.”

It’s important to understand the role in all its variety, complexity and difficulty, and understand what would be required of you, in order to successfully take the leap. Here are some insider learnings and insights to give you an idea of what the role is really like.

The true scope and scale of the role may come as a surprise to many people considering making the move to HRD. There are a few exceptions: you’re the HR second-in-command in a large organisation; or your company has a great succession plan. In those situations, you may well be exposed to the large range of topics and projects involved in the number one role.

However, a lot of companies are hiring externally in the current market, rather than developing top-level talent in-house. And in those situations, very few will allow for a newcomer to learn on the job – they will want to hire someone already experienced. So if you want to narrow the gap between your current role and that of an HRD, you will need to take responsibility for your own learning and development, and pursue experience in the areas you don’t get exposed to in a generalist role.

“There’s this idea that HRD is just your previous role scaled up, but it’s not,” Terri explained. “You will be pulled and pushed into all sorts of areas, and even if you can’t control everything, you need to be organised. If you’re not organised and not in control, you will be taken to places you don’t want to go.”

3. You need to be comfortable wearing many hats

This aspect of HR leadership will already be familiar to anyone in an HRBP position. The difference is that for an HRD, those hats – whether you’re coaching, driving change, contributing to M&A discussions, directing on workplace harassment or overseeing employee relations – will “change even more frequently moment-to-moment, and the hats are even bigger,” said Terri. You need to be agile and resilient in order to bring yourself fully to each situation, which, right now, might be further complicated by hybrid working practices.

This leadership piece is a significant step up from managing teams and managing other managers. As an HRD, you are at the table, but you’ll enact and drive your agenda through the leadership team. You’re not responsible for the strategy necessarily, but you’ll be responsible for the leaders agreeing on the strategy (more than other leaders might appreciate).

5. Be prepared to inspire and influence

“One of the biggest facets of being an HRD is being inspirational,” Terri said. “You set things in motion. The company sees the changes and differences in the team and knows you’re in the background.”

At this top level, you also have to know how to handle your own PR. You need to be adept at showcasing the success of your team or projects, demonstrating the added value and using that to influence decision-making.

“You’re still a coach, it’s just that the coaching is harder because you’re a member of the team and you’re coaching the team,” Terri explained. You have to navigate this at the table, balancing what you know about them with how you deal with their behaviour and actions.

7. Be aware of the shifts in your relationships

The executive team will now view you as a peer – you’re a player, not just a partner to them. However, that can be a challenge as you need to be a functional partner in order to help them from a coaching and development point of view.

Furthermore, HRDs typically report to the CEO. This can have two implications: first, the team might be cautious when speaking to you, as you have the CEO’s ear and, from coaching, you also know their strengths and weaknesses; and secondly, they might use you as an inroad to the CEO, so you have to be astute. “They’ll play you now more than you ever experienced as an HRBP,” Terri added.

You’ll still be involved in daily HR tasks, like hiring and training. The trick is to anticipate that from the get-go, and know how to organise your time, when to delegate and how to lead through it all.

If HRD is your goal, finding an experienced HRD to be your mentor is crucial. They’ll help you evaluate what you’ve done, establish what you still need to do and figure out how to get that experience. In short: Mentors are vital in getting where you need to go.

To help you on your upward trajectory, you want to find a mentor who’s already at the top. They should have been in their HRD role for several years, or already in their second role. That way, you get the benefit of what they’ve learned and insights into the inside track of how they did it. 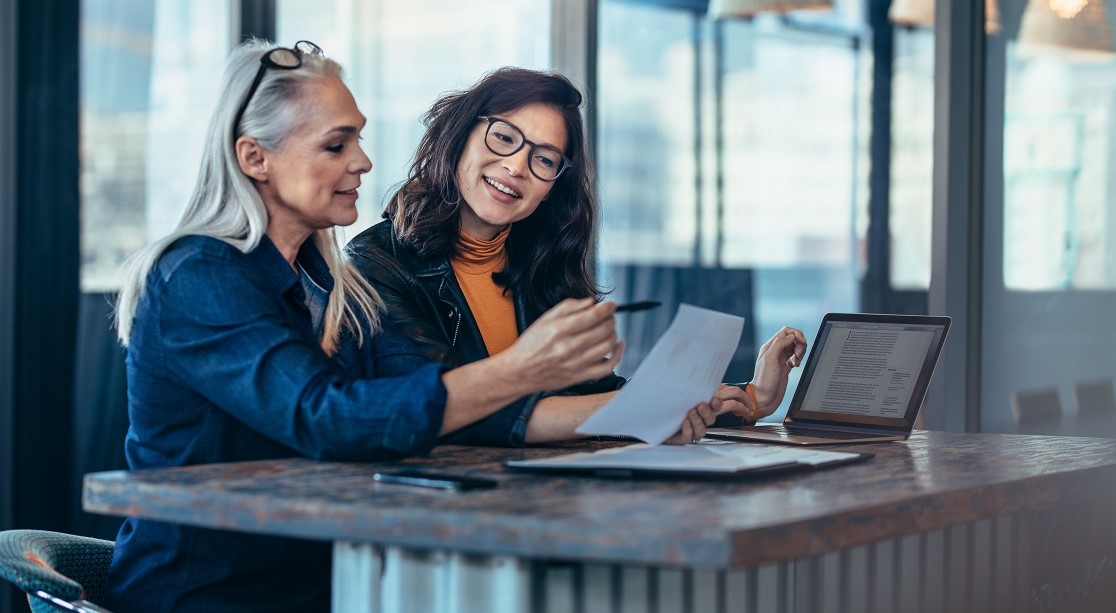 Evaluate your skills and experience

One of the most important initial steps on your route to HRD is honestly assessing where you are in your career and identifying what you need to do to progress.

Take a look at the below list of activities that HRDs are expected to perform from day one. How many can you tick off? Are there areas you need to improve or projects you’ve not been involved with before?

In addition to the activities listed above, start exploring job listings for HRD roles in your industry and make note of what they require and what companies are looking for. Do you have the necessary experience and, most importantly, can you prove it?

Another area of increasing importance for HRDs is global experience. “It’s becoming a necessity for top HR jobs,” Terri explained. “It’s not just functional experience that you’ll need to get to the next level, it’s international.” 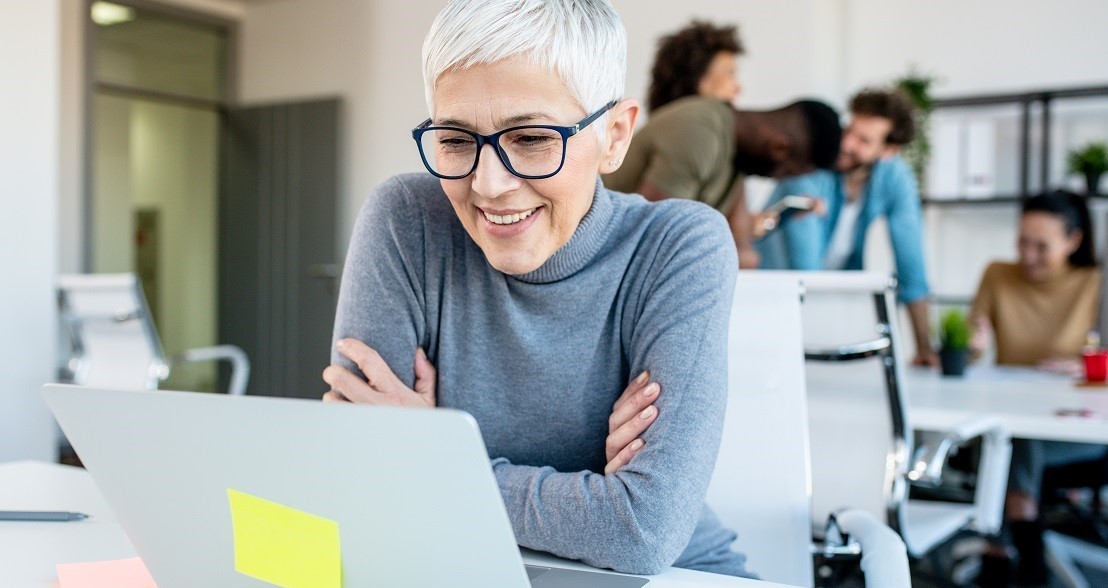 Now it’s time to make a plan. Where are the gaps in your CV? Can you tackle them in your current role or do you need to make a lateral move? Taking ownership of your career at this point will take – and deserves – effort, time and focus to get right. The best approach is to take it slow and break it down into methodical, achievable goals.

Here are some ideas of how to position yourself for an HRD role: 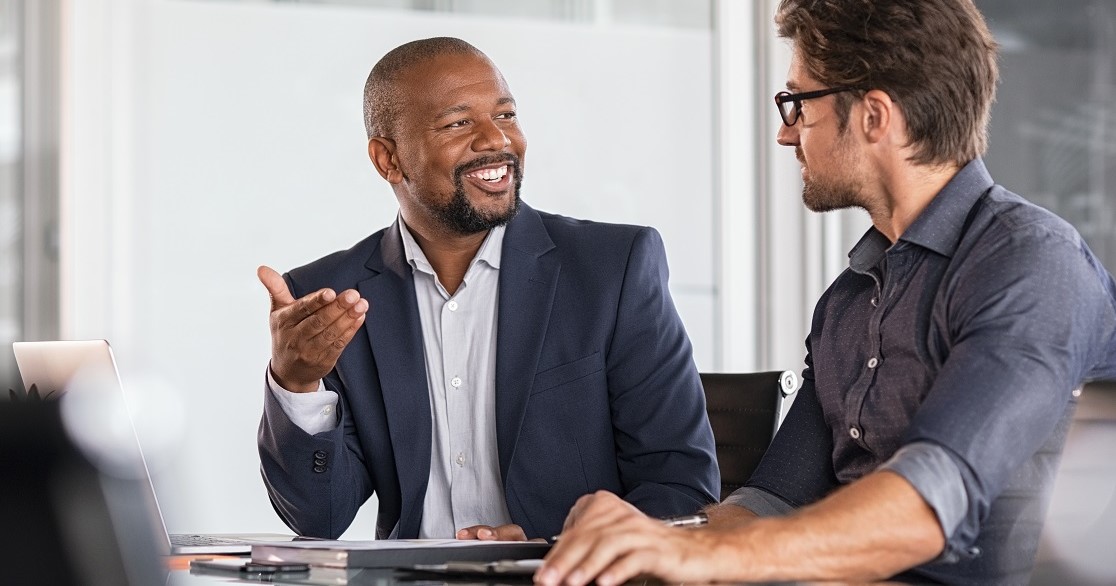 Think about your brand

HRDs are leaders. They’re typically knowledgeable, articulate, innovative, confident, forward-thinking and credible. Seriously consider the traits and behaviours that a director at this level has and displays, and work to develop those in yourself.

“Don’t leave this to chance,” Terri urged. “When you walk into a room, walk in as the HRD. Let people see that you’re already doing the job. The more you go up the ladder in this area, the less opportunities there are. So the more prepared you are, the better. After all, the phone only rings when you’ve planned and made that phone call happen.” 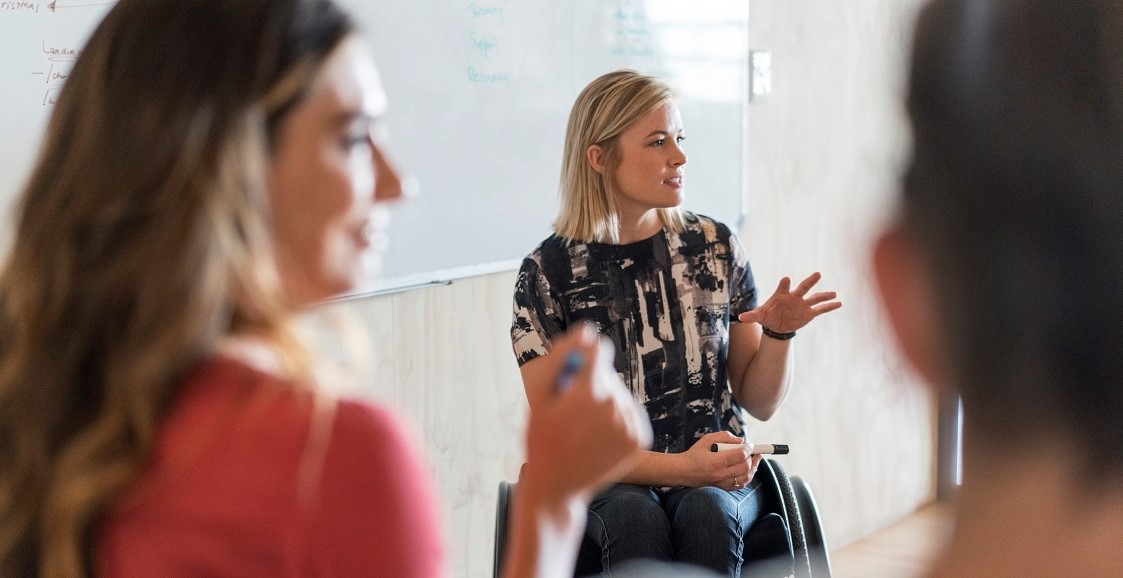 It’s important to reflect on what the HRD role really requires, what you can bring to it and be honest with yourself about whether it is what you want. From that point, there are numerous next steps you can take.

When you’re thinking about the roles you want to go for, focus on what you actually want to do. If you want to be involved in strategy, for example, choose your company wisely. Even in a top-level role, if the organisation is not in a growth mindset, you won’t be innovating, you’ll be maintaining or even taking costs out of the organisation.

And take the size of the organisation into account. “You might need to drop down to go back up again,” Terri said. “We advise people of that all the time in HR, but we don’t often think about it for ourselves. You might want to consider rolling up your sleeves in a smaller organisation in order to then leap up to take on a bigger role. My phone rang with more offers when I was the lead in a small organisation than it ever did when I was senior in a big organisation.”

You should also get clarity around reporting lines when looking into prospective jobs. While reporting to the CEO is common, some companies may ask an HRD to report to the CFO or COO, or even the finance department. “If you want the number one HR role, and all that that entails, then you’re probably better off being in a big divisional HR role and reporting into a Chief People Officer, than you are taking an HRD role that reports to a COO or CFO,” one of our experts cautioned.

“It indicates that the organisation doesn’t really value HR being at the executive level,” Terri added. “If you’re reporting to an executive member, rather than the CEO, the team will always see you as one level down, and you cannot drive an HRD agenda from one level down – not the way you need to do it. Be careful and make sure that the CEO, and the company, understands the true value of HR.”

This session was organised by BIE for our BIE IMPACT community of aspiring leaders. Through our community, we are committed to proactively supporting the development of individuals who aspire to progress in their career by connecting them to a professional network of leaders, mentors and peers who can offer first-hand guidance and support.

The BIE IMPACT community is open to professional individuals from businesses across the UK. If you would like to be part of our community or to nominate someone to join as a participant, mentor or speaker, please get in touch with Lisa Vigurs at: lisa.vigurs@bie-executive.com 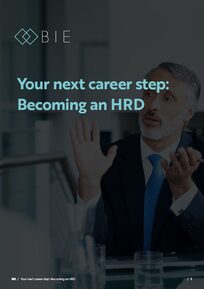 Your next career step - becoming an HRD