Thinking big in a smaller space - HR organisation in a startup

Moving from the top table at a major blue chip corporation to a private equity-backed start up throws up number of challenges – but, as HR Director Carol Frost tells us, being in a smaller team doesn't necessarily mean you can't still think big.

In January 2015, after more than 20 years working for major blue chip companies including BG Group and Centrica, Carol Frost took the HR Director seat at oil and gas start-up Sequa Petroleum. With her first quarter safely behind her, she reflects on some of the early lessons learned moving from an established multi-national to a new kid on the block.

I've always enjoyed working for large organisations and it has afforded me lots of great opportunities. I've learned from some of the best and worked with many inspirational people.

But the truth is, I've always been something of a non-conformist, so when the chance came to move to Sequa I jumped at it. I was excited by a question that has been on my mind for a number of years: "If it was me making the decisions, coming up with the new ideas and putting together the policies and procedures, how much more effective could I be?"

The experience of starting with a blank piece of paper, though daunting at first, has so far more than lived up to expectations. But for anyone thinking of following suit, there are some key learnings worth sharing.

1. Motivation sits with you, and you alone

In a big organisation, it's normal to be motivated by the energy and people around you. But in start-up, you're working in a small team that's finding its feet and its identity. You're with a group that trusts you and trusts your judgement. You're the expert in the room and there's no-one to motivate you to achieve certain goals. You have to set your own targets and maintain the inner motivation to deliver on them.

2. The support you took for granted is no longer there

It can be surprisingly lonely in a small company. The people you normally rely on as sounding boards and critical friends are suddenly no longer there. You can still tap in to best practice but it's not the same. Having someone you respect and trust to bounce off is something we often take for granted – and miss when it's no longer there.

3. Your networks are key

You soon realise how important a strong network is when you've made the kind of move I've made. I've had fantastic support and advice from many different people but you do sometimes find yourself wondering if you're leaning on them too much. The broader your network, the more you'll be able to spread your support system.

4. Be prepared to go back to basics

Not having a team means everything is me and in some areas it's a long time since I've actually done some of the things that need to be done. Working in big companies as a senior manager, it's surprisingly easy to forget what it's like to actually get your hands dirty. In this role I can be jumping every day between the strategic to the tactical, right down to data entry. It can change by the hour.

Remaining agile and getting your brain to move quickly into different spaces is key.

One of my mantras has become 'what do I want the outcome to be' because in a small company you have to be effective in absolutely everything you do. You can't drop the ball because there is literally no one there to pick it up if you do. You also have to focus your energy on the fundamentals – the stuff that really matters. You can't (and don't necessarily want to) replicate the systems and processes of a big organisation. It's important to boil things down to the basics decide what you really need and what's nice to have. I have parked most of the nice to have in the 'we might get round to that later' file.

6. Be prepared to look outside your specialism

In a large corporation there's usually an army of people around to make things happen and most things you do are reliant to a lesser or greater extent on other people – payroll, remuneration, workforce planning. So when you're on your own, you have to understand how different disciplines fit together and be very clear about where roles and responsibilities lie. You also need the confidence to 'have a go' at things you aren't expert at and be prepared to work outside the normal HRD comfort zone.

7. Prioritise as a team

In a smaller organisation everyone is in the same boat – they all have individual deliverables, which naturally tend to be their main focus. But at the same time you have to deliver outcomes as a management team, so it's vital to get to a place of  joint understanding about prioritisation early. It's an interesting challenge, because absolutely everything is important when you're setting up a new company.

Smaller companies, particularly private equity backed ones like Sequa, have a very different 'feel' from a big corporate when it comes to your own security. Information is much more transparent and as a result decisions are made much more quickly and decisively in a small organisation such as this. Because of that it can at times feel less secure – although in reality that's not necessarily the case.

There are lots of minutiae that you become further away from when you are a senior person. For example, in a blue chip you have your IT system and you know what you're using, however frustrating that can be at times. In a start-up you have to think about all of the systems and interfaces, you soon find out that you don't know what you don't know. It's like briefing a lawyer – the advice you get depends on the questions you ask and you don't always know the right questions to ask.

Assuming you want to grow your business, you always need to remember that what you do now – and what you could do now – sets the foundations for where you go in the future. You don't want to potentially limit the things you could do in years to come by making the wrong decision today, so there's a real need to keep an eye on the long term and the vision of what the business might look like in five years time. I try to think about whether the processes and systems that work for five people would still work for 500 people.

Never lose sight of the fact that you have this huge freedom to think about what you're going to invent today, what it could look like and how it could work. It's really exciting and hugely rewarding to actually see and track the progress of an initiative you've delivered from start to finish. 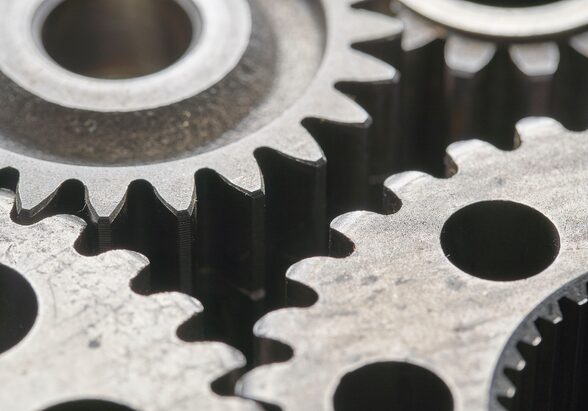