Managing the psychological contract in the Interim Market

Psychological contracts are nothing new. Once the favoured buzz-phrase of 1960s HR managers, they had something of a renaissance following the economic downturn of the 1990s. The most recent global financial wobble, and subsequent green shoots of recovery, have brought them, or at least the concepts behind them, back into focus.

Most of the debates about psychological contracts today follow traditional patterns.

They tend to revolve around the importance, in an increasingly fluid market place, of fully engaged and empowered employees as a key source of competitive advantage.

Psychological, rather than contractual, reasons are still the principle drivers behind an employee's decision to change jobs. The culture of a business, the leadership, the opportunities for development and the overall satisfaction of the role continue to outweigh salary, status and job location when it comes to career decisions.

This is particularly true of those in permanent positions. Of course, the contents of a legal contract need to be acceptable for someone to join an organisation in the first place and the mix of elements within it, such as remuneration, long term benefits and personal development, can make negotiations interesting. But in the end it always comes back to individuals feeling fairly rewarded and adequately valued for the task in hand.

Where the implications of the psychological contract are becoming really interesting today is in the growing interim marketplace.

The nature of interim work means that a candidate's decision-making tends to be less focused on the legal dimension and more on the nature of the work, their ability to deliver the project and their relationships with the various stakeholders involved.

The technical aspects of the legal contract within the interim market tend to be very light on protection for the individual. Placements, by their nature, are not employment – they're an assignment, often contracted through a third party. This means that any legal relationship, so far as it exists, tends to be driven by short-term performance.

Where the psychological contract becomes interesting for those specialising in non-permanent roles is between the networks of interim managers, their clients and third party recruiters such as myself.

We work with a trusted group of interims and consultants who we have placed into different roles on a regular basis. Our brand and our business relationships are based on an unspoken understanding that the interims we place deliver effectively. This includes their ability to manage not only the tasks that they are assigned to carry out, but also their relationship with their – and our – client.

Interims are typically required to solve complex business problems, or if an organisation is about embark on a period of significant change or upheaval. They therefore have to be able to adapt to environments of change or challenge quickly without compromising the quality of the various stakeholder relationships.

This requires a different psychological contract, this time between independent practitioner and recruiter rather than employee and employer.

Just as interim managers have to manage client relationships in, quite often, difficult circumstances, so we have an unwritten contractual obligation to provide them with opportunities to engage in interesting and challenging assignments suited to their capabilities. We work hard to understand what makes them tick as individuals, their personal drivers and which kinds of environment they will thrive in. We have to respond to them in an appropriate and timely way and get on with them on a personal level.

It is this relationship – based very much on an unwritten psychological contract – that keeps an interim connected to a particular recruiter. And it is not unusual for it to influence an individual's decision to take on a certain assignment more than any of the financial or contractual incentives attached to the role.

HR theorists describe a positive psychological contract as 'one which typically supports a high level of employee engagement'. Traditionally this has only been applied to those in permanent posts.

But what is becoming increasingly clear is that it is equally, if not even more, applicable to the growing number of individuals choosing an interim-based career. 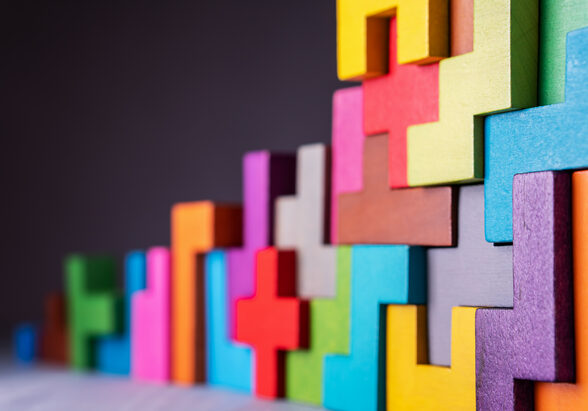