How Refinitiv achieved value growth through its people

We hosted a roundtable with Alex Fergus, ex-Chief of People at Refinitiv, a global provider of financial market data and infrastructure. He shared how he achieved accelerated performance and value creation, through liberating the company to go private with Blackstone Private Equity, having previously been the Financial & Risk business of Thomson Reuters.

In just over three years from the launch of Refinitiv (in October 2018), the organisation closed an industry-shaping, $28bn deal with London Stock Exchange Group (LSEG).

Here we capture some of the highlights from the discussion, specifically looking at how people and organisational levers were instrumental to this success – alongside a focus on culture, operating model and organisation design, and leadership and talent.

What did Refinitiv set out to deliver?

Alex points out that the executive team strongly supported the private equity move with Blackstone. It provided an opportunity to invest, grow and ultimately liberate the business, which would not have been possible while it was part of Thomson Reuters.

The leadership team had a six-month window ahead of the deal closing to prepare and design a set of changes. As soon as the deal closed, they wanted to be able to hit the ground running and accelerate the changes they knew would be required to deliver on the growth and value expected. They were, in part, as follows:

Reaching out to the business

Alex notes that primary to Refinitiv’s success was that the business made the changes with its people and not to its people.

The senior leaders engaged thousands of employees globally, co-created with them and co-designed how they would unlock the business for growth. They therefore knew from the outset what was expected and what they needed to commit to.

As part of this, they asked employees two fundamental questions:

The insights gained were developed into a playbook which became plans for a culture and leader shift program.

Insights from the business

There were several improvement areas raised by the business.

The insights were collected and used to confront and challenge leaders on what it would take to make the necessary shifts. Leaders were then held accountable for making those changes.

The business decided on three levers of change: 1. Operating models, structure and enabling processes; 2. Leadership and talent; and 3. Performance enablement.

The following changes were implemented and adopted.

The business supported senior leaders through what they called a “leaders’ shift”. They introduced a leadership program which brought into focus what would be expected, how leaders were to align, and how they were to run the company. This was anchored around three leadership approaches and behaviors that were crucial to success.

The business acknowledged that the shift in approach and mindset needed to be a choice – and that not everyone would be willing to change. Employees were therefore invited to express whether or not it was a journey they wanted to embark on. Based on those conversations, over a 18-24 month period, the business switched out circa 60% of their top two levels of leadership.

With a focus on the levers that needed to be pulled for value creation, they identified the key people and roles that would take the business forward – they looked at how to nurture and retain that talent. These were not limited to leadership positions, eg content specialists etc.

They worked on a new operating model and designed a simple scalable highly integrated platform operating model to ensure that all of their capabilities could come together onto joined up technology platforms. This made it easier to take solutions to market and for customers to do business with them. They also created that architecture for their leaders so they could then design their functions within that architecture.

They looked at cross-organisational business enabling processes to remove barriers to execution and to better enable processes.

To empower the organisation and to have decision-makers closer to their customers, they reduced the layers of management to six, which helped to remove bureaucracy and hierarchy.

They built design, location and resource plans, set ambitious timescales to deliver on and execute these changes.

Finally, they implemented a pay for performance model with a much richer differentiation. They moved from five ratings to four, which supported leaders by encouraging them to make stronger judgements on performance rather than congregating in the middle.

They evaluated performance through a balance of what employees had delivered, how they performed against their core values, and what value they could bring to the future of the business.

Alex shared a set of considerable performance outcomes which included significant uplift in growth. The senior leadership team achieved substantial costs savings and delivered over and above the £650m synergy and cost saving target. They flattened the organisation from 12-13 layers to six. They also executed on a global resource plan and simplified locations from 220 to around 100.

Refinitiv is an excellent example of what is possible when business transformation is delivered in partnership with its people.

Many thanks to Alex Fergus for sharing his insights with us.

Gordon is a member of the executive leadership team. His focus is on supporting BIE’s clients through the provision of HR, HR transformation and people related change capability. Gordon has experience of working across a range of sectors and geographies. His key clients are within retail, FMCG, hospitality, insurance, media and business services. 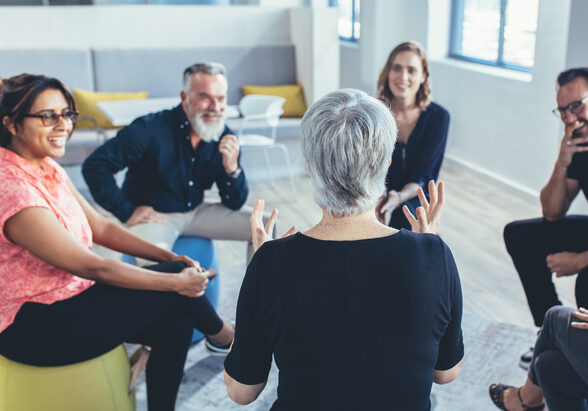 Meet the board: Byron Tarboton, Managing Director, Technology and Head of Search

Meet the board: Byron Tarboton, Managing Director, Technology and Head of Search