The recent resurgence of Black Lives Matter activism sparked what one paper described as “a profound break from previous corporate silence on divisive social issues”. Across the world, businesses from all sectors promised to do more to help racial equality; and often found themselves publicly called out on social media if their actions had previously not met their promises.

But the demand for change was not just happening in public and online. Within organisations, employees have been calling on their workplaces to do more, even if they had established initiatives to support diversity and inclusion.

For instance, BT’s Ethnic Diversity Network was first established, under a different name, in 1992. It is one of a number of people networks within the business designed to support the amplification of employee issues and concerns. “BT was one of the first companies in the UK to set up an employee network for our racially diverse colleagues,” explains Julia Mansi, a lawyer within the business’ Litigation & Investigations team and co-chair of the EDN.

As co-chairs, Julia and her colleague Bernadette Kisaalu, Principal Lawyer for Customer Experience, are focused on empowering and amplifying the voices of the racially diverse communities within BT. “I feel BT has an absolute responsibility to consult with all people networks within the company, including the Ethnic Diversity Network,” says Bernadette. The EDN’s focus “isn’t just about talent recruitment,” she continues. “But about having a genuinely representative diverse and inclusive workforce in all departments so people can thrive at all levels of the organisation.”

That focus has taken on a new urgency since the murder of George Floyd, which has, as Julia says, “reignited not just the EDN’s efforts, but many colleagues within BT who want to take some form of action, by genuinely learning and being anti-racist”.

Together, Julia and Bernadette wrote an opinion piece, explaining the issues that have inspired Black Lives Matter, and published it on BT’s internal social networks. “We wanted to articulate both what the movement was to us and what BT needs to do, particularly in making lasting change for our Black colleagues,” Julia explains.

The article helped to open up the conversation within BT. “We had a huge response, with people asking questions ranging from what they could do to help to why they should be bothered by something happening in the US,” says Bernadette.

It also acted as the catalyst for a number of open conversations between Bernadette and Julia and BT’s CEO Philip Jansen and the wider senior management team on Black Lives Matter.

“One of the topics we covered was why Black Lives Matter, not being a new issue for Black people, had seen such a surge in activism. To support that understanding, it was really important that our Black colleagues were able to express how they felt about Black Lives Matter, how they felt about BT and its diversity and inclusion efforts, and for our senior leaders to listen and be receptive,” says Julia.

As those conversations evolved, Julia and Bernadette were able to conduct an interview with Philip, filming it for the wider company. It became one of the most engaged pieces of internal communications BT has seen, with over hundreds of comments from colleagues sharing their suggestions for change.

Having internal debate and discussion is one thing, but both are clear that the focus has to be on affecting lasting change. As the external reaction to Black Lives Matter showed, rapid action was needed, and companies had to prove they would go beyond well-intentioned discussion.

BT’s own efforts were articulated in its Ethnicity Rapid Action Plan, designed, in the words of Mike Sherman, Chief Strategy and Transformation Officer at BT, “to kick-off decisive action throughout BT Group”, and structured around four areas: accelerating diversity within, educating and empowering our people, leading by example, and building transparency.

“The plan is about really embedding and actioning change,” says Bernadette. “We want BT to be a safe and fair environment for Black colleagues where we have the equal opportunity to thrive, and we want the company as a whole to be a truly inclusive employer. This is a pivotal moment, and we want to grab it and make that difference.”

What does that difference look like? For one, being sustainable and lasting beyond posting a black square on social media. But how feasible is that in most organisations? “I think it’s sustainable for organisations that genuinely want to change,” says Julia, “and they’ll be the ones that see the long term cultural and financial benefits.”

The key is education, says Bernadette. “Not only that, but the type of education. It has to be immersive, led by experts. It can’t just be a tick-box online survey and slide show.”

Both Julia and Bernadette stressed that “if we’re going to achieve change, we need empathy. We have to be committed to having uncomfortable conversations, where both parties are prepared to listen and genuinely understand each other’s experiences, rather than one side talking or shouting down at the other.” 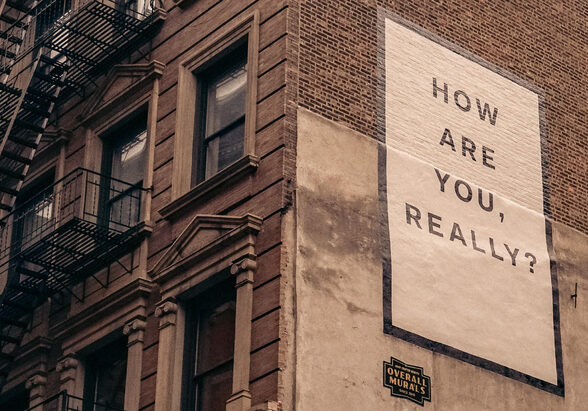 Leading through Covid-19: how to manage mental wellbeing

Leading through Covid-19: how to manage mental wellbeing