We are engaged when we do things differently. Among the Eight Pillars of Change described in prior articles, the focus in this edition is on Pillar 4: "Engagement is key."

Why would one devote a pillar entirely to engagement? The clear answer is that people are the ones who make change happen and if they're not engaged, the change programme simply won't deliver. The challenging anomaly is that business often sees policy and projects as the transformation itself, with a consequent blind spot in engaging people. The pillar name, "Engagement is key" cannot be overstated.

For importance on a world stage, one suspects that the slow pace in readying for climate change (mentioned recently by the economist Lord Stern), may be due to little focus on "human factors", which are required to bring about world-wide adoption of these large changes. A classic case, also, was the disastrous failure to engage protagonists in reconstruction after the 2003 Gulf War - and one fears that Brexit may also be run as a technical and policy exercise, leading to poor engagement and jeopardising success of this important transformation across the country and further afield.

The difference between communications and engagement

Simply put, we are engaged when we do things differently and bring about new ways of working. Examples might be adopting new operating procedures, working collaboratively in a supply chain or implementing a new information system. All require communications, but acceptance and adoption of the messages - the "Eureka moment" - is that which engages and embeds change.

Labovitch Consulting led the merger of two large subsea engineering companies, where a business model for the new world (Pillar 2) was based on P&L accountability for their world regions. Before the merger, headquarters in London managed the finances. New accountabilities were relayed but, importantly, workshops and training were conducted across regions to answer the question: "What does this mean for us?" Videos of sales in action were circulated across the company, to show how new ways of working were engaged.

Labovitch was transformation director at the UK's Science Research Councils and, at one laboratory, also interim director of risk. Here, it was essential to engage the whole institute in revising their operating procedures and establishing a completely new protocol on which to base risk assessment. By getting the staff themselves to devise the new risk model, they became engaged, ensuring strict operating procedures were followed. The consultant was the facilitator in the process, resulting in ownership across the organisation.

I had the privilege to assist Carbon Trust (CT), dedicated to reducing carbon emissions, and show how clients could engage with carbon reducing techniques and, with help from the Trust, deliver energy savings. Prior to this, CT had advised where carbon reductions could be made, believing that engagement and change delivery were somewhat elusive.

Working with aggregates and mining companies, we listed the top ten ways in which energy could be saved and then made a movie, filmed in clients' mines and quarries across Britain, where energy saving techniques were practically illustrated. By showing the film at many sites across the country, quarrymen and managers could answer the question: "What do the carbon saving principles mean to us and how can we apply them at our location?"

In this way, all the companies had local ownership and were successful in moving to low energy inputs. Attractive communications combined with local workshops, led to an engaged, practical and successful change outcome. A vital part of engagement is to sell the benefits – in this case, energy and cost savings, leading to carbon reductions.

It was sometimes amusingly said of Michael Foot, the former UK Labour Party Leader, that he liked humanity but didn't like humans, and he lost the 1983 election by a landslide. Its important, therefore, to have the personal conviction to engage with everyone - a skill taught with excellence in our armed forces and business schools.

Ultimately, managing change combines the hard business skills and rigorous approach to programme management with the emotional intelligence, creativity and practical awareness that people are the ones who make change happen and deliver business results.

An original version of this post first appeared on LinkedIn.

Leon Labovitch is the founder and CEO of Labovitch Consulting Limited. 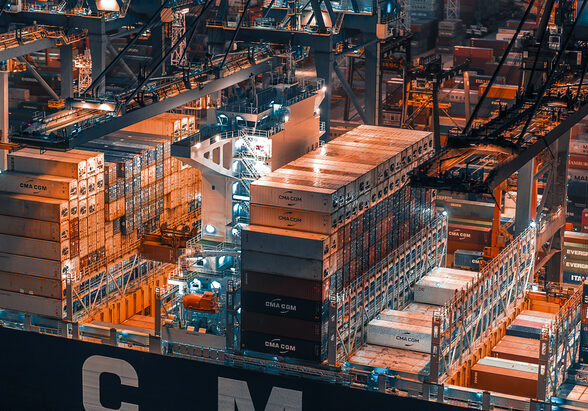 A look at the new era: why the recovery will be digital

A look at the new era: why the recovery will be digital