A pick-up ahead in top treasury roles

BIE Executive Director, Finance, Alex Hyde, recently spoke to The Treasurer magazine about the senior finance job market, where opportunities have presented themselves, what the challenges have been and he shared some predictions for what's to come.

Read the article below or visit The Treasurer magazine website.

Finance leadership roles, including group treasurer roles, should increase markedly in the near term.

If 2020 was about survival, 2021 has been about ensuring businesses have strong foundations combined with the agility to adapt to uncertain and fast-changing circumstances.

While there aren’t many remaining superlatives that haven’t been exhausted when describing the past 18 months, it has been extraordinary to see how quickly organisations and their people adapted to such unprecedented change. I believe this should give us great encouragement for the future and the career opportunities that will present themselves to future leaders as conditions continue to stabilise.

It was remarkable how quickly organisations became comfortable making senior appointments online, and this can be seen in the number of changes at CEO and CFO level in large FTSE-listed businesses. In the six months to the end of February, there were more than 50 changes of CEO or CFO, and in some cases both, in the highest-ranked FTSE 200 companies. Tesco was one of those who made changes of both, with Ken Murphy of Walgreens Boots Alliance taking the reins from Dave Lewis and Imran Nawaz, joining from Tate & Lyle, replacing Alan Stewart.

Typically, this large-scale shake-up would trigger the creation of numerous opportunities as new leaders arrive with mandates for change. Despite the number of changes at the top, we are not seeing as much movement in the market as one would expect, but there have been some high-profile treasury moves in 2021.

Companies hiring new leaders into their treasury teams include RB, BT, BP, Ocado, Drax and Dr Martens, and in a ‘normal’ year, this wouldn’t be far off the number of hires we’d expect to see. However, given the scale of leadership change further up organisational structures, the number of group treasurer roles coming to market feels light.

So, why aren’t we seeing more opportunities for group treasurers and their peers? While organisations have become more comfortable making leadership appointments remotely, or have had to through necessity, a high number of new to role CEOs and CFOs have not been in their organisations long enough to start driving change.

Typically, CEOs and CFOs will spend six months getting to know their new businesses and management teams before making changes, but crucially the impact of COVID-19 has added an initial delay. During the time when CEOs and CFOs would usually have been travelling around the world familiarising themselves with the business and its people, they’ve been stuck behind screens. As we can all agree, virtual meetings have been great for some aspects of our jobs, but it just isn’t the same as meeting in the real world, and this has made driving significant people change problematic.

Looking to the future

As we start to ease out of lockdown and leaders spend more time with their new teams, we expect to see a considerable upswing in hiring as they assess who they like working with, who they rate highly, and perhaps more importantly – those that they don’t.

The impact of remote working on the number of leadership roles available is further evidenced when we look at what’s happening in private equity (PE).

As I write this piece, the chase for Morrisons appears to be drawing to a conclusion with a £9.5bn bid from Fortress having been accepted with CD&R and Apollo also in pursuit. In total, $500bn of PE deals have been done globally in the past six months with buyout groups having bought or announced bids for 366 UK companies this year. According to Refinitiv, this is the most for a comparable period since records began in the 1980s and is driven by depressed valuations of UK plc, a symptom of both the pandemic and Brexit.

As with CEO and CFO leadership change in listed firms, we would usually see this level of PE activity lead to a significant hiring drive, but we haven’t experienced this to the extent we would expect – yet.

This is not to say that we’re finding the market quiet. As a business we’ve come through the past 18 months in much better shape than we’d imagined we would, and the market continues to feel stronger every month. We finished the financial year 2020/21 just short of our pre-COVID-19 target and finished Q1 of 2021/22 well ahead of target, very narrowly missing a record month for the business in June.

With the market steadily picking up pace, the leadership changes that we’ve seen in the FTSE and the extraordinary amount of private investment being deployed, we are confident that the number of opportunities for finance leaders will increase significantly in the next 12 to 18 months. 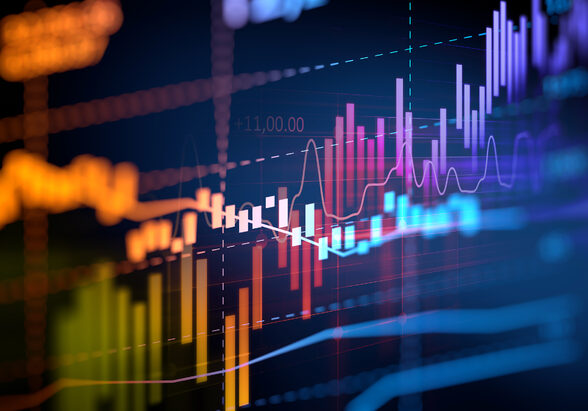